How are communities reallocating the street right-of-way to safely accommodate recreational and social activities during the COVID-19 pandemic?

By Becky Steckler, AICP, and Tiffany Swift, Urbanism Next Center at the University of Oregon and Carlos Pardo, NUMO alliance 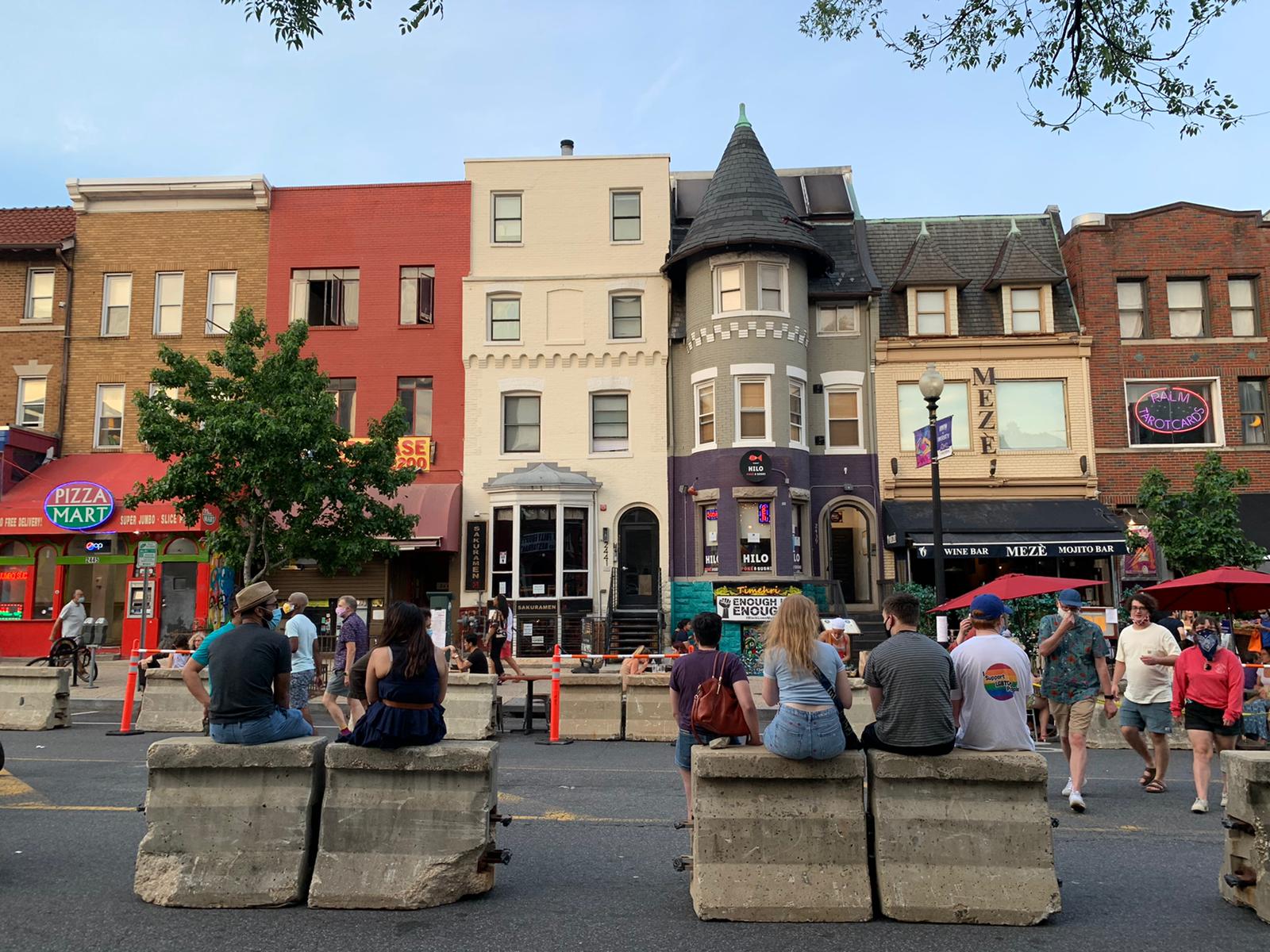 COVID-19’s disruption in transportation behaviors has created an opportunity for communities around the world to reallocate travel lanes, curb parking, and entire streets from cars to other uses - a move which would have likely faced significant political and public opposition in ‘normal’ times in many cities globally. The exception is a small group of cities - mostly in Latin America and Europe - that have focused on implementing rapid changes to street uses over the past few decades. Bogota, for example, has grown Ciclovia - a network of streets used for walking and cycling every Sunday morning - since the 1970s. The experiences and lessons learnt during non-crisis times has prepared the city to be able to act rapidly and at scale in response to the challenges posed by the pandemic.

Recreation and social activities in the right-of-way (ROW)

Early in the pandemic stay-at-home orders, cities deployed temporary open streets to accommodate walking, biking, jogging, commuting, and recreation which was displaced from disrupted parks, gyms, transit, and playgrounds. According to the COVID Mobility Works database, over 100 cities around the world have dedicated streets for pedestrians or installed temporary protected bike lanes. Many of these expansions are designed to be temporary, but some cities have announced that they will make the changes permanent. Milan, Italy was one of the first cities to announce in mid-April an Open Street plan to encourage outdoor recreation and reduce vehicle use. Oakland, CA was also an early adopter and established a “soft launch” of slow streets in April and will base expansion of slow streets on resident input and other metrics. Denver, CO conducted an analysis that took into account access to parks, overcrowding in parks and on trails, residential density, and equity considerations to determine which streets to close. The open source street-design platform Streetmix launched a set of features to support people to design temporary spaces, reallocate streetspace, and several other changes in response to COVID-19.

One significant silver lining of the pandemic is the increased dedication of streets to protected bicycle lanes. Sometimes referred to as corona cycleways in Europe, temporary, and potentially permanent installations are becoming a popular alternative to taking transit as commuters and other travelers are purchasing bicycles at unprecedented levels. Bogota has made a commitment to keep the 80 kms of bikeways permanent, and cities such as Lima have announced that they will implement several hundred miles of bicycle lanes. Multiple European countries are subsidizing purchases of electric bicycles, bicycles, e-scooters, and other micromobility vehicles to discourage congestion and address fears of contracting COVID-19 on transit (though the actual transmission rate may be relatively low with appropriate health precautions in place). The municipality of Madrid, Spain is providing 4,800 e-bikes to residents to reduce congestion and air pollution. This trend has also resulted in a substantial increase in sales of several segments of bicycles and e-bicycles throughout the world.

While many people welcomed the open street installations, others have been much more cautious due to the rapid deployment and lack of initial engagement with communities most impacted by COVID-19, such as Black, Indigenous, and People of Color (BIPOC) communities in the United States and essential workers that need to travel to get to work, not for recreation. The City of Oakland is working with East Oakland community members, who were not well represented when the city first rolled out their open streets pilot. City officials and residents have created Essential Places, which addresses more urgent community needs with temporary safety improvements at grocery stores and COVID-19 testing facilities.

Finally, several design guidelines aimed at reallocating urban space to bicycle lanes, sidewalks or other purposes have emerged (examples from Berlin, Mexico, France, UK, NACTO, are a few that have been published through May 2020).